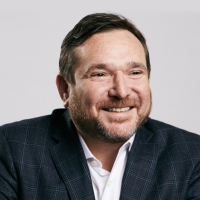 As Group Head, RBC Ventures & Corporate Development, Mike is responsible for working with RBC’s Group Executive to develop RBC’s overall strategic plan as well as providing leadership for mergers and acquisitions. Mike also heads RBC Ventures, a group focused on creating solutions that go beyond banking to build and deepen relationships with Canadians in new and innovative ways.

Mike chairs RBC’s Innovation Council that, in addition to overseeing investments in strategic partnerships, has responsibility for coordinating RBC’s Innovation Labs that focus on research and the development of advanced capabilities in the areas of data, security and client experience. Mike is also Chairman of RBC Bank U.S. and a director of City National Bank.

As a member of Group Executive, Mike is one of nine executives responsible for setting the overall strategic direction of RBC.

Prior to this position, Mike served as Executive Vice President of Personal Financing Products, RBC’s largest banking segment. In addition, he had responsibility for U.S. strategy where he led both the acquisition and integration of City National Bank – RBC’s largest ever acquisition.

Mike joined RBC in 2010 from Capital One in the U.S. where he served as Executive Vice President, Consumer Banking Segment. Mike also held executive positions with Charter One Bank and Citibank during his 25 year career. Mike is a graduate of the University of Delaware.

Mike and his family are active supporters and fundraisers for Right to Play and other local charities. Mike also sits on the board of directors for Futurpreneur Canada. Mike, his wife Nikki and their two sons live in Toronto.